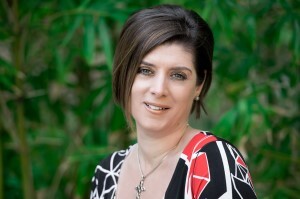 WOAMTEC’s new owner, Kiki Koymarianos, is no stranger to WOAMTEC. Kiki was first introduced to this organization in 2011 when she was living in Boca Raton, Florida and had joined the West Palm Beach chapter. When Kiki moved with her family to the Woodlands, TX in 2011 she was trying to find a networking organization that would help her grow her Real Estate business. Kiki knew how challenging it was to build her business in a new area where she didn’t know anybody.

After visiting several women’s networking groups, she decided that in order for her to grow her business based on referrals she had to start a WOAMTEC chapter in the area. She knew how important networking and building community alliances were, but she also knew how demanding life already was for a successful working mother and entrepreneur. On March 7, 2012 the Woodlands WOAMTEC chapter was launched with 7 founding members and the rest is history. Kiki’s enthusiastic personality was contagious and the chapter seemed to grow on sheer adrenaline. Because business categories were filling up, new chapters were launched so by the end of 2012, there were 8 WOAMTEC chapters in the greater Houston area alone. The Woodlands chapter has been the number one chapter nationwide for the last 5 years reaching record membership numbers of over 100 members.

Kiki is passionate about WOAMTEC being a vehicle to make a difference in the lives of women but also the communities in which they live. Her passion truly is “to make a positive difference in the lives of others”! “At WOAMTEC, we focus on caring about one another and helping each other succeed. By appealing to established and successful women, we strive to bond with women who do not need to be taught but instead have the knowledge to teach each other on a professional, social and interpersonal level. WOAMTEC plans to open several new locations and is excited about the possibilities.” Kiki’s emphasis on her Real Estate business has always been on creating personal client service that goes beyond expectation; she knows that the creation of a long-term relationship is far more valuable than any single transaction. That is exactly what she applied on her WOAMTEC chapter and it worked.

Kiki lives in The Woodlands with her husband Evan, their 10-year-old son Yianni and their dog Apollo. Outside of real estate she enjoys design & decorating, swimming, traveling and meeting new people.

“ Kiki is passionate about WOAMTEC making a difference in the lives of women but also in communities. ”